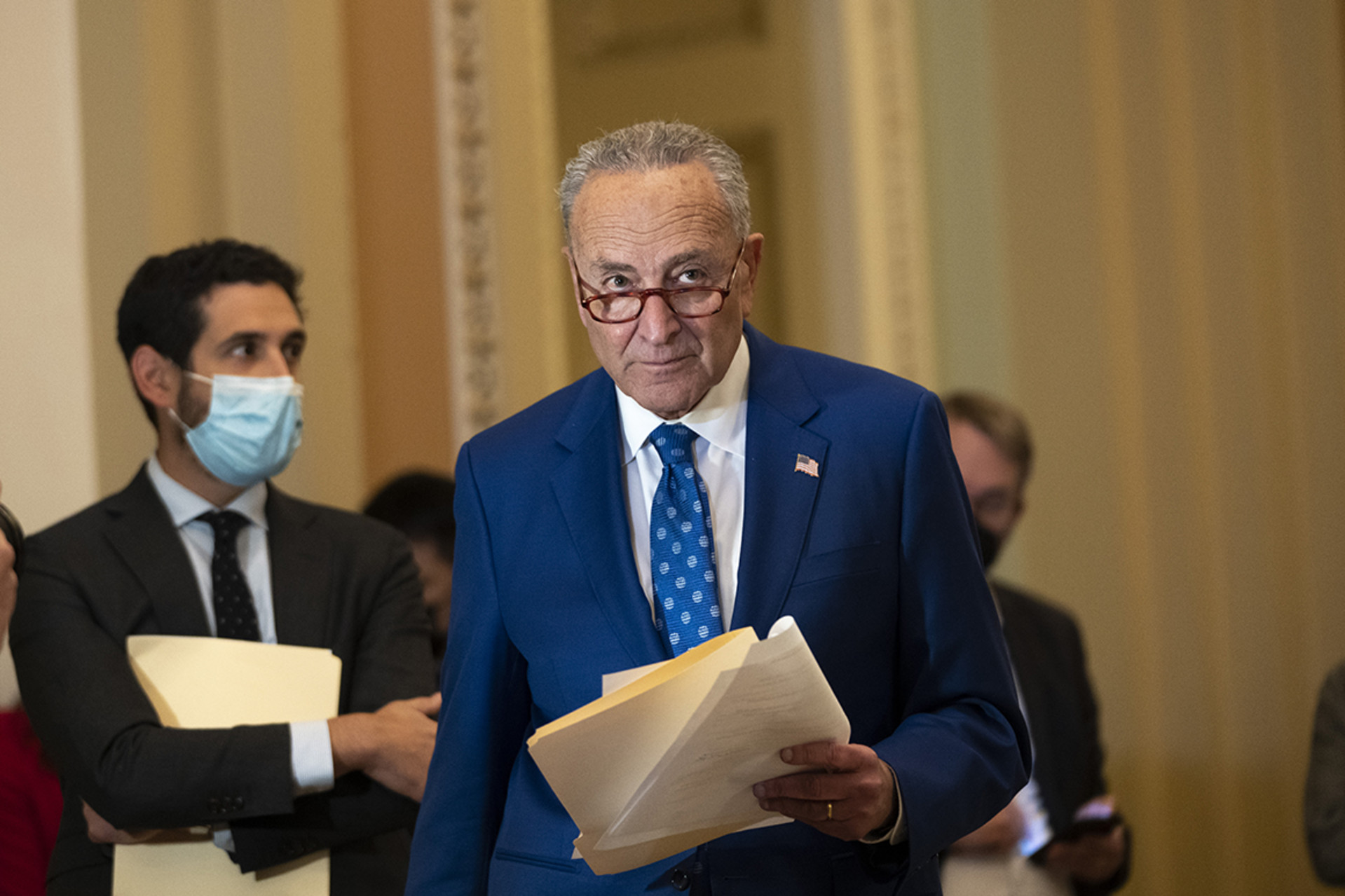 Senate Majority Leader Chuck Schumer is urging senators to speed up debate on the annual defense policy bill so that amendment votes can kick off as early as Thursday.

On the floor, the New York Democrat reupped his calls for Republicans to agree to hasten the process so that the National Defense Authorization Act can be finished ahead of Thanksgiving.

“With Republican cooperation we can adopt the motion to proceed and begin voting on amendments early today,” Schumer said.

“We should work together and complete this important bill before the Thanksgiving holiday,” he added.

Quickly starting debate and voting on amendments requires both parties to sign off. It’s not immediately clear how soon a bipartisan agreement on amendments may be struck. READ MORE 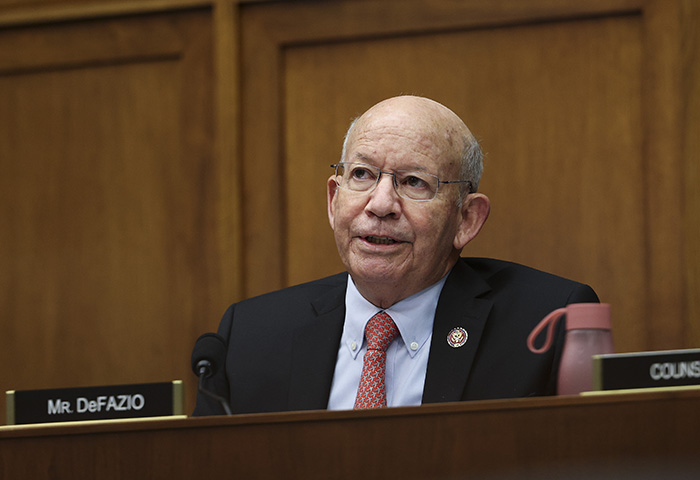 More than 30 lawmakers — from both parties — today will send a letter to President JOE BIDEN questioning the administration’s legal rationale for bypassing Congress before launching a military strike.

“We are deeply troubled by your administration’s dangerous claim that Article II of the Constitution permits you to bypass Congressional authorization to perform strikes inside Syria, as well as your administration’s claim that the wide range of activities that you have undertaken as part of the ongoing U.S. occupation of a large swath of Syrian territory is justified by the Authorization for Use of Military Force … of 2001,” wrote the lawmakers, led by Reps. PETER DEFAZIO (D-Ore.), NANCY MACE (R-S.C.) and JAMAAL BOWMAN (D-N.Y.). “These claims raise serious constitutional questions about unchecked military activities conducted by the Executive Branch in Syria and Iraq without approval from Congress, and they could lead to actions that prolong the U.S.’s involvement in ‘endless wars’ overseas.” READ MORE

‘This Experience Broke a Lot of People’: Inside State Amid the Afghanistan Withdrawal 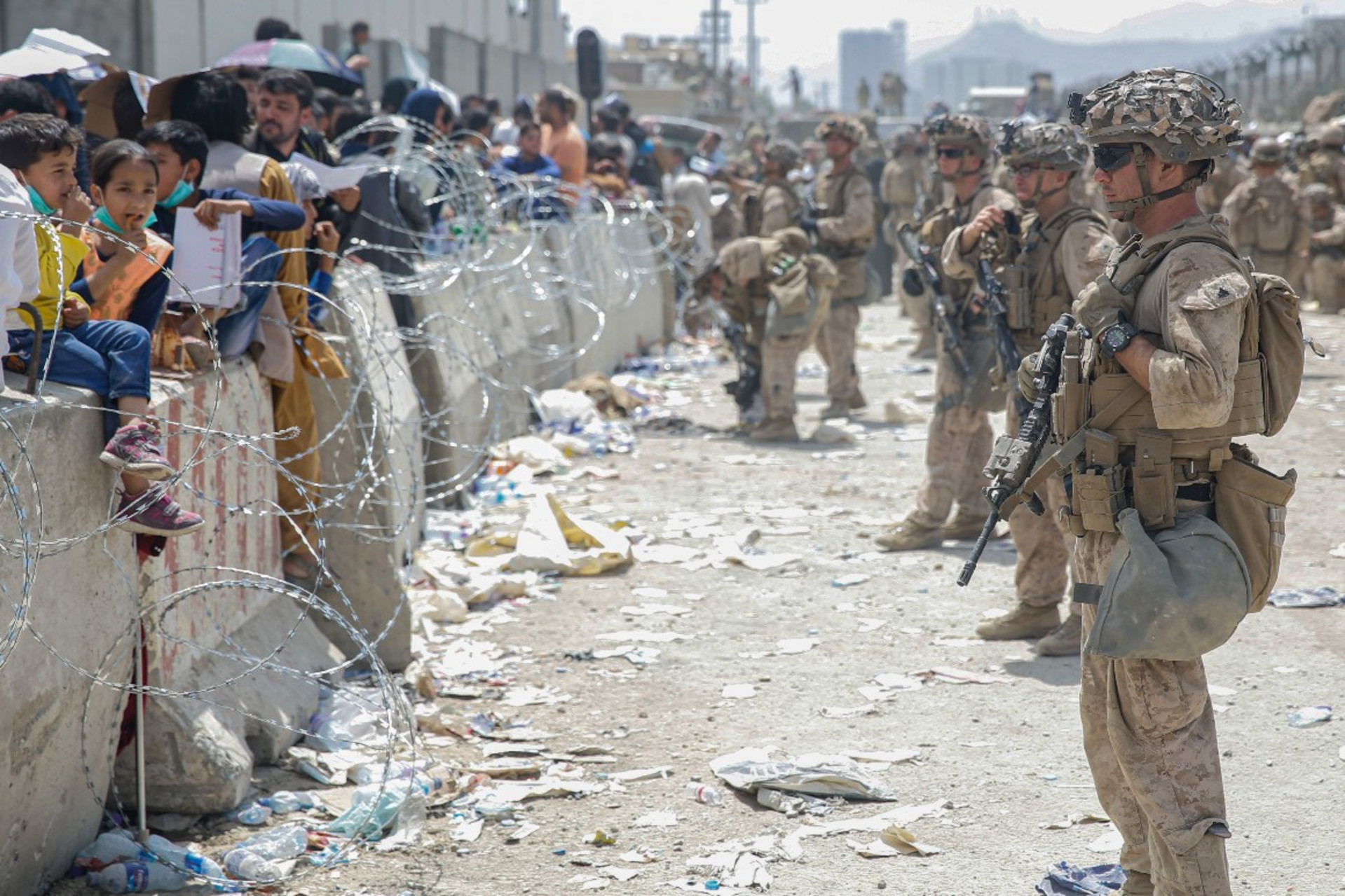 In the days after the Taliban took Kabul in August, a desperate Afghan father pleaded over the phone with a State Department official to help get his family out of harm’s way.

On the call, the Washington, D.C.-based State official, manning the phone half a world away from the turmoil, could hear pounding on the man’s door.